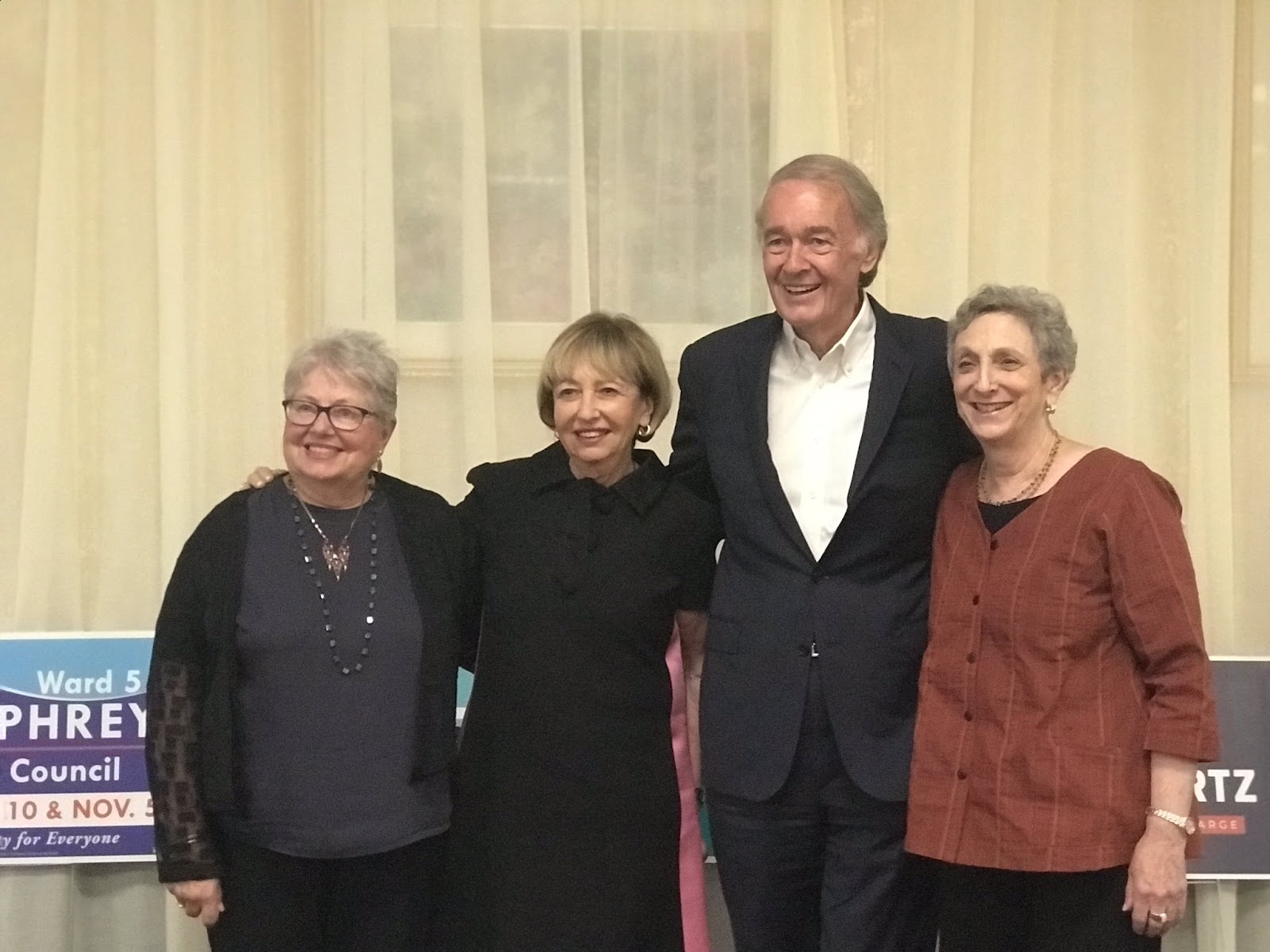 NEWTON — Senator Ed Markey announced that the Newton delegation of the Massachusetts legislature, made up of State Senator Cynthia S. Creem and State Representatives Kay Khan, Ruth B. Balser and John Lawn, have endorsed him in his bid for re-election to the United States Senate.

“I am so proud to have the endorsements of my friends and partners in the Newton delegation,” said Senator Markey. “They are making real, progressive change on issues ranging from criminal justice reform and education to reproductive rights and equal pay. Together, they show what a difference progressive leadership makes in our legislature. The City of Newton and the Commonwealth are fortunate to have these four leading the way to a better future.”

“Having worked with Senator Ed Markey for the past six years, we enthusiastically endorse him for re-election to the United States Senate,” said Creem, Balser, Khan and Lawn in a joint statement. “Senator Markey has taken the lead on issues that are priorities for us and our constituents, including: climate change; lawful, humane treatment for immigrants; inclusive economic opportunities; equal pay for equal work; universal access to healthcare; a woman’s right to choose; more funding for public schools and colleges; and equal internet access.”

“We value Senator Markey’s advocacy on behalf of the people of Newton and the Commonwealth: his accessibility to us and our constituents and his enduring commitment to our state and federal legislative partnership. We are proud to be part of the Markey team.”

Senator Markey has served in the United States Senate for the last six years, and is widely regarded as a leading member of Congress on environmental issues. He has also led legislation in addressing the opioid epidemic, internet privacy concerns and the humanitarian crisis occurring at the southern border.