CAMBRIDGE — Cambridge Mayor Sumbul Siddiqui has endorsed Senator Ed Markey for re-election to the United States Senate. The mayor made the endorsement at an event in Cambridge yesterday where the mayor and senator discussed his work extending Wifi and broadband access to students across the country and marked the $7.3 million that the E-rate program has delivered for the City of Cambridge.

“I am honored to have the support of Mayor Sumbul Siddiqui, a tireless advocate for justice and equity for the City of Cambridge,” Senator Ed Markey said. “From leading on net zero carbon emissions across the city, to advocating for fair and affordable housing, to ensuring our schools are well-funded and have the proper internet access, the Mayor understands the importance of creating policy and city initiatives that work for every resident.”

“Ed Markey has been a champion on policies addressing social justice, climate change, and equitable education,” Mayor Siddiqui said. “I support Ed’s re-election so he can keep doing this critical work.”

After moving to the United States from Pakistan at the age of two, Mayor Siddiqui grew up with her parents and twin brother in Cambridge affordable housing. She attended Cambridge Public Schools and graduated from Cambridge Rindge and Latin. Mayor Siddiqui is currently serving her first term as Mayor of Cambridge and second term as a member of the Cambridge City Council. Mayor Siddiqui has dedicated her time in office to fighting for affordable housing, climate justice, internet accessibility, and has been a strong supporter of small businesses and economic development. 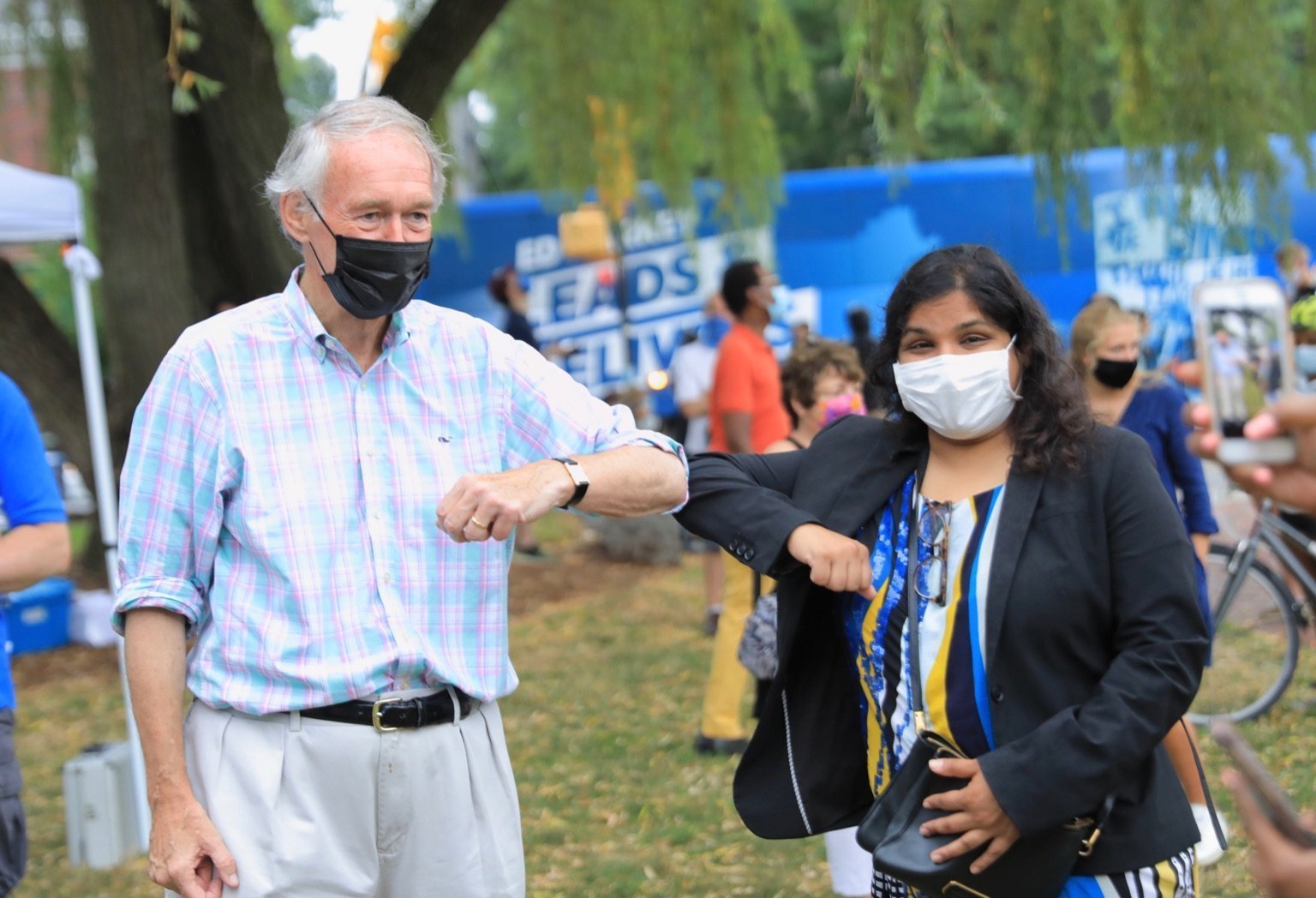 Senator Ed Markey and Mayor Sumbul Siddiqui at an event in Cambridge this Sunday.

During her time in public office, Mayor Siddiqui was able to double the City of Cambridge’s funding for legal aid. This ensured the support from Cambridge and Somerville Legal Services and enabled them to hire new housing attorneys to protect those at risk of displacement and homelessness. She also established and chaired the Mayor’s Blue-Ribbon Task Force on Tenant Displacement, which evaluated and challenged current policies, collected data on reasons for displacement, and developed bold plans for stronger tenant protections.

Ed Markey has served in the United States Senate since winning the special election in 2013 and has amassed a deep record on climate, gun safety, racial justice, and consumer protection issues. He co-authored the Green New Deal, and his leadership has led to laws to expand treatment during the opioid crisis, prevent gun violence, and support finding a cure for Alzheimer’s disease by 2025. Raised in Malden, Ed Markey has always stood up for the priorities of Massachusetts.